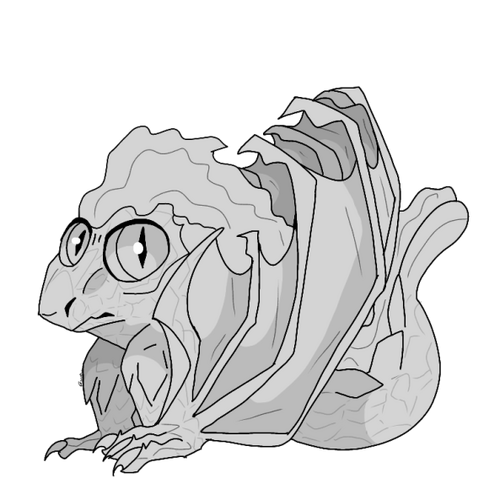 Volcanic Baverns are baverns that are stereotyped as ferocious but actually have a strict adoration to treasure that makes them appear selfish. They love jewelry, golds and silvers, and at least one wears a sort of treasure. They are however the smallest colony as Icy nearly pushed them to extinction after the death of their leader.

Volcanic Baverns are more long like and have plated, Bearded Dragon like scales on their ankles and down their tail where they release steam. Their claws form from the top of Their fingers and curve towards to strengthen grips. Their hair isn't a type of lava and can be fire or harmless, flimsy hardened magma. They tend to give off small embers depending in emotions, a lot when upset or enraged, little to none when appleased. They are mainly dark colored and come in blacks, yellows, reds and oranges. They name themselves after fire and volcano related terms. Their Bluefires are named after gems.

They are omnivorous but weak herbivores and mostly feed off of meat. Their government is a similar monarchy basis where females are more respected.

They used to be the most prosperous nation before Icy attacked. Most are currently underground as the rest are being controlled over by Icy's most trusted general, Blizzard. Originally they had large castles, huge events where all species would meet together including the Olympics, and festivals.

Horrible swimmers, easy to cool down with extremely low temperatures and water.

Their Capital used to be Magmacano before it was destroyed by Icy and her forces and replaced by Convection Tower ran by Blizzard. Though, Volcanic Baverns ruled by Volcanics reside underground in Core Tunnels where no bavern but they can reach. The true kingdom of ruled by Rushmore and Icy attempts to threaten them to come out, but Rushmore denies.

The Volcanics also have a hidden tunnelwork that allows them to visit allies. 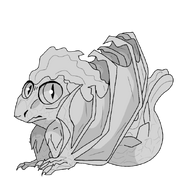 by Prema Melody
Community content is available under CC-BY-SA unless otherwise noted.
Advertisement