This page has been selected for representation of the Sonic Forces: Sight of Mind part of the Ability Club Wiki. This page is to be apart of a group of polished articles.

But, what if it does, anything is possible,in response to Poke

Pail is a female, 14 year old maned wolf and the protagonist of Fallen Hopes. Pail has been currently captured by Scavia and is residing in Metropolis.

Pail is average height and thin with long legs. Her current attires are long and always covering skin. She wears a gray hoody-less sweater with white leggings and white tennis shoes.

Pail has pale blue fur with dark blue markings on her nose bridge and the tip of her bangs. She has blue, sparkly eyes with white secondary fur and a two fangs sticking out. Her teeth are ironically sharp and she wears open-end gloves over her narrow fingers and round hands.

Pail is an introverted extrovert. While she often prefers independence, whenever she comes across someone around her age, she tends to be able to appreciate them and joke around them. She is great at making friends and has an energetic, sarcastic mood that is hard to break down.

However she is paranoid. She over-worries about associates which can sometimes lead to caused nightmares and emotional actions.

Pail woke up to be 40 minutes late from her Teen Group. She prepared to head to Poke’s house but was disrupted by Squeaky and responded by assuring Squeaky her parents knew her destination and Squeaky went back to bed.

In Poke’s upstairs bedroom, Pail was questioned where Gadget was to which Pail responded with no idea. The group continued to press on and Pail took notes at other’s points. When it was her turn, Pail expressed concern to a possible war to which Rash, Poke and Tawny commented on it being impossible. Before they ruined her mood, Tawny called a snack break and confronted Pail in a corner of the room. Whilst Tawny left to join the group, Pail claimed up the roof of a nearby building to watch the first occurrence of the war revolving around Sunset Heights.

She fled into a house that would later be incidentally Whisper’s house. She hid in the upstairs closet and originally was silent before worrying about her friends and family and beginning to sob, directing an enemy robot’s attention to her. She was able to shove the robot far enough to leave the closet unscathed and use a desk construction slab of wood to surf down the rooftops of the city.

She used the wood to defeat badniks surrounding a circle of mobians and flocked to her house where she retrieved a grappling hook and Alli along with her Slamming Celer. She left the city, coming across unbeknown Quill.

After a day, she reached Green Hills’ corrupted desert spot and nearly accidentally shot Whisper and mistaking her for a stalking robot. Whisper and Pail introduced themselves, getting to know each other, before being surrounded by beebots. Both fended off the bots, Pail ending in amazement of Whisper’s skill.

Both headed towards Caramel Hall to take cover. The night, Pail had a nightmare where her new ally and other close friends and relatives were captured by a robotic lizard to which after attempting to fight, Pail surrendered to. In the nightmare, Pail continued to be teased and laughed at about her giving up before Whisper woke her up in the morning. She offers to take up breakfast with Pail, which Pail agrees to.

Presumably after breakfast, Whisper and Pail head towards Metropolis to aid in the first charge of the Eggman Capital. After attempting the piece the shell of the Great Motobug, they were bombarded by many similar badniks and corners. Whisper instructed Pail to take cover down a street.

While Pail was making her way down the street, Amy asked her to aid in the attack on the Great Motobug. After warning the army around it, Pail used the hammer mechanic of her celers to piece the motobug’s armor, however the impact rendered her nearly unconscious but she was saved by Quill before the robot exploded.

Pail snapped into consciousness and met up with Whisper where Amy introduced herself and prompted them to join some other time. However Whisper had already left and Pail caught up with her.

At the gates of Caramel Hall, Pail questioned Quill and introduced herself in which Quill presented his name and the fact that he might know a friend of Pail. Pail becomes excited, not being able to sleep from waking up at 7 a.m. She decides to leave to avoid Whisper from waking up but was captured by Scavia who fished her to come in the open pretending to be Poke.

Scavia brought Pail to Infinite which Infinite underestimates her, only requesting her celer to be taken away. When they tried to see if there was any space for her, Scavia, while against it, agreed to keep Pail as a personal prisoner and kept Pail in Scavia’s living room.

At 6 am in the morning, Scavia dragged Pail into the robot-filled streets of Metropolis to see a blacksmith, Sisorra for the upgrading of their weapons. After Pail questioned whether they were going to the Death Egg, Scavia responded they had a long time until it was ready. Then, they checked the Listing Board which read ‘FEED S1’ which Scavia disliked because it meant she had to feed floor 1, where Sonic resided.

On floor 1, Scavia dressed Pail in chains in order to present false hope to the prisoners and attempted to voice Sonic’s remarks but fell into them, forcing Pail to move faster as she tripped. Entering the elevator, when Scavia tried to break her blissfulness, Pail only continued and Scavia hadn’t commented further.

Alli is Pail's wisp. Pail and Alli appear to get along pretty well and Alli sometimes can sense Pail's concern and sadness and uplift her mood.

Pail and Dodge are equal friends with an unknown inside relationship.

Pail and Gadget are cousins. Their relationship isn't known but, from her and others' tones, they seem to act closely like siblings.

Pail and Poke are equal friends with an unknown inside relationship. From chapter 7 it's possible that they're close friends, then again Pail's extra enthusiasm might just be from being away from her group for so long.

Pail and Rash seems to be playful friends as Rash sternly jokes around with all of her friends.

Pail and Spot are equal friends with an unknown inside relationship.

Squeaky is Pail's younger sister and Pail's main joy after the disappearance of Gadget. She deeply wants to make sure Squeaky is safe and sound as she panics about her state during the Invasion of City.

Pail and Tawny are close friends as Tawny comes to Pail's distress the most, presumably besides Gadget. However, they aren't close enough to have romantic interest.

Pail, even without spending at most a day, has gotten along with Whisper and is often joking with her or Whisper joking with Pail. She also doesn't want to worry Whisper and would even lie just to avoid 'dragging her sadness with her' even if that's not what Whisper presumably wants.

No, It’s not like we live in the same buildingto Rash about Gadget, Chapter 2

I’ve looked at it more and (...) I still believe it is possible that we may be under war— to Teen Group excluding Gadget, Chapter 2

Okay, Mom may not be here, but we can do this, alright Alli?to Alli, chapter 3

You seem to be more of a ‘I’m in a closet, please help me out’ type,to Whisper about her, chapter 5

Hey, did you see me out there? (...) Hey, there were robots nearby, so I was almost right,to Whisper about their encounter, chapter 5

This must be what he feels like, being free and open because of your ability to run around at extreme speedsPail thought nodding to Sonic

Me? Pfft, no way, wanna pull a full nighter?to Whisper in response, chapter 5 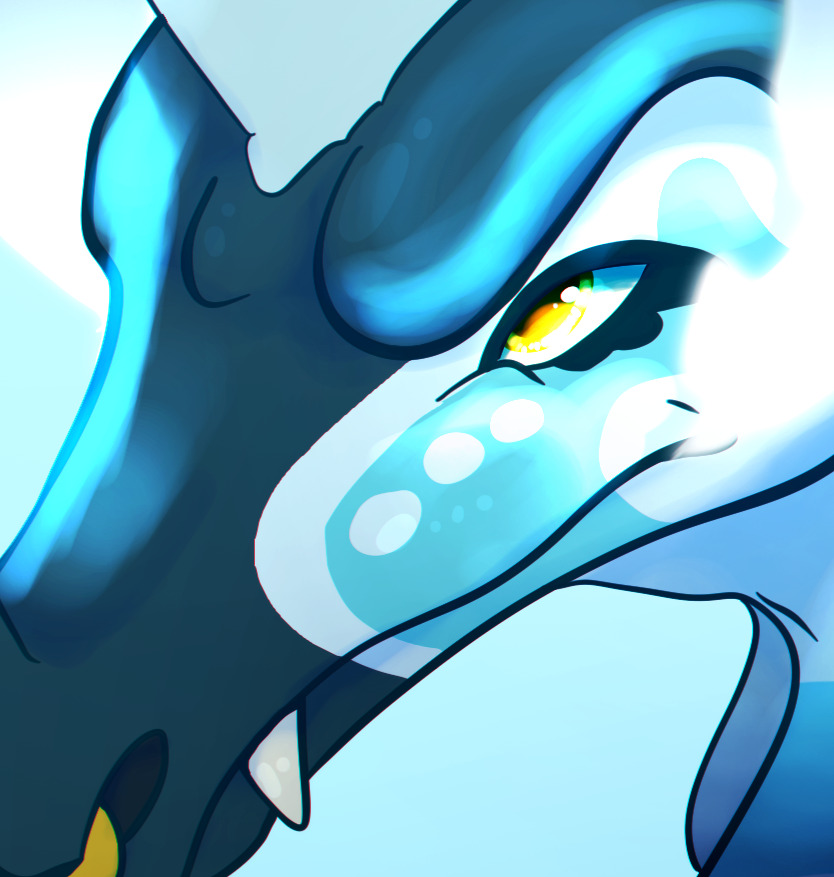 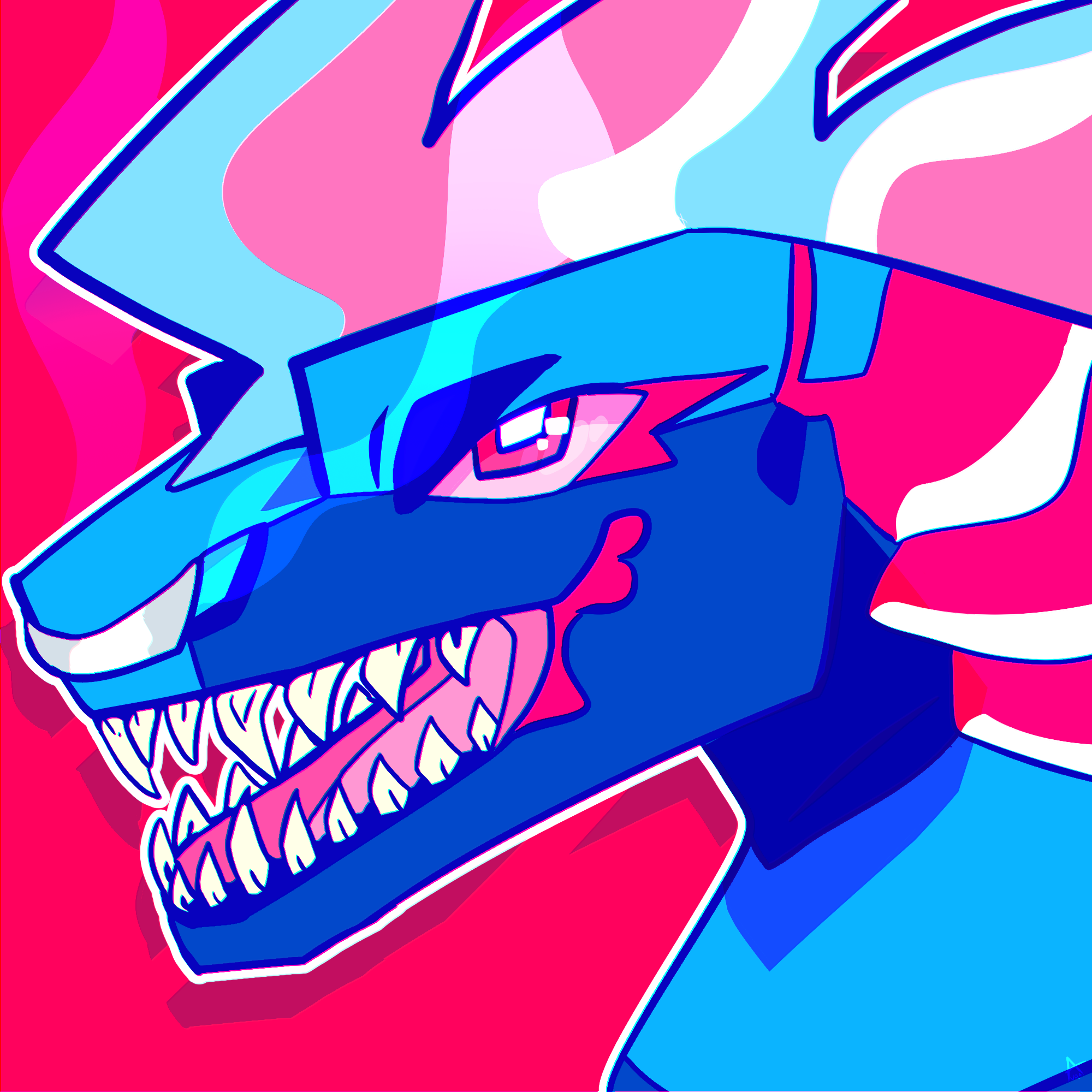 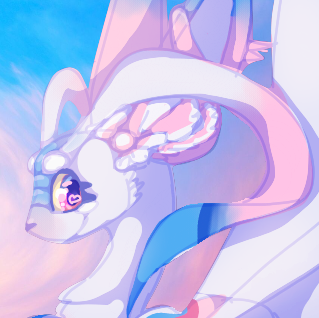