Hyena is a young female Mightyena and a deuteragonist. She has a crush on Blossom and supervisions multiple contraction or defense classes.

Hyena has partially shiny and neutral blood. Due to this, both genes come out in the same time in co-dominance. Only her head-to-neck has gray fur as the ret of her body has brown and white-gold fur. She has two layers of color in her eyes, the first a calm blue, second a pale red and white-gold freckles near her cheek.

Hyena is somewhat aggressive but very protecting. She often likes to be in solitude and has a weak spot in fearing too much conversation and socialization. Otherwise, Hyena is strong-willed and believes deeply in her morals. She'll defend ones that she believes are in the right and is very dependable. 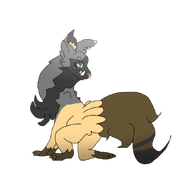 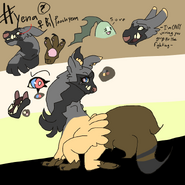 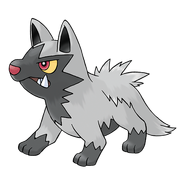 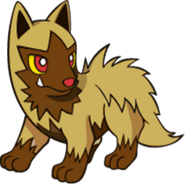