View source
“Listen, we are Rescue Teams! We are made to help pokemon all over the world!”
— Blossom to Rescue Teams

Blossom is a deuteragonist and the close friend of Snaps. She is known for her overral leader-like behavior and ability to encourage others.

Blossom is shorter than average and has a slightly extended tail and a hibiscus flower on her head that blooms throughout her evolution. Her skin is a light, pale green with dark green markings on her tail, and her hind legs. Her plant-parts are a spiky like a desert flower or cactus.

Blossom is happy-going and energetic, trying her best to life the mood. She most of the time wants to see the best in others and will not stop until she completely finds out whether a 'mon is rightfully innocent or guilty.

Like Snaps, Blossom's storyline is similar to the general PMD Red or Blue storyline, the only difference is on the following points:

Blossom would then begin to be a little more careful. Even so, she offered for Snaps and Hyena to go fight Nimbus and the rest of the birds again. She was the first to fully evolve out of the 3 and gave Snaps confidence to evolve after Snaps continuously resented it.

Blossom and Snaps entered the Relic. Helping the team along, Blossom sent out a scent in the relic to attract Mew and help them reach safety.

Blossom oddly felt upset and rageful against Latios after he robbed the Keckleons. It wasn't her usual approach and even Snaps didn't know why she was so triggered. Blossom continously held this vibe until defeating Latios. Latios's reason lightened her mood and continued to help rescue Latias.

After listening onto Coil and Ruth's conversations, Blossom was looking forward to the rescue 3 days after. Along the way to Wish Cave, she often defended the group most from Pokemon and temporarily went solo until reaching Ruth.

Blossom was surprised to see Grudge at her friend's doorsteps and trees to be as considerate as she could despite her anger towards him. Blossom was later told the situation and headed towards Mt Freeze. After discovering her weakness, they took a break as Blossom heated her scales to neutral warmth again. When reaching the top, Snap outbroke and endangered Grudge where Blossom had to remove Grudge from Snaps' sight in order to calm her.

5 days after the venture, Snaps has a breakdown. Blossom atempted to ask Snap for her issue and tried to remind her that everyone is there for Snaps but Snaps relunctently denied and fled when she almost brung herself to hurting Blossom. 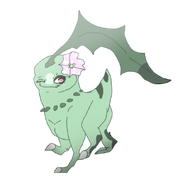 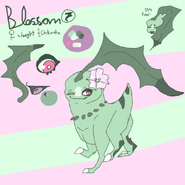 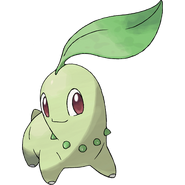